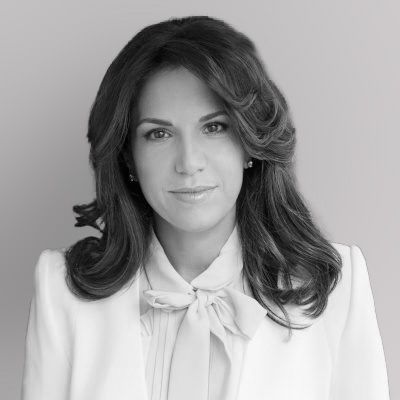 Golnar Khosrowshahi is the Founder and President of Reservoir, a music publishing company established in 2007 under the umbrella of a family office with interests in health care private equity, real estate, and consumer electronics retail. Reservoir is headquartered in New York City and has operations in Los Angeles, Toronto, Vancouver and London, England. Under Golnar’s leadership, Reservoir has since grown to own and administer over 100,000 copyrights. Golnar continues to lead the team in building a well-attended roster and an established catalog, working toward the goal of becoming the “#1 publisher out there as far as revenue and service goes,” as she was quoted telling Billboard Magazine in 2013.

Prior to her foray into the music industry, Golnar worked in a number of different roles in advertising, design and experiential marketing. The most important of these roles positioned her as the Global Brand Manager at Euro RSCG, a division of Havas Advertising, for Fortune 500 companies such as Philips Electronics and MCI Telecommunications.

In addition to her role as President of Reservoir, Golnar serves as a Director on the board of the National Music Publishers’ Association, based in Washington, DC and working to ensure fair compensation and property rights for songwriters and their representatives.